My daughter and I write true crime, mostly because we love reading true crime.  The genre has changed a lot over the decades.  In some respects, the caliber of writing has gotten better.  As we become more connected as a people, we are learning about crimes that we might have otherwise never heard of.  That is one of the pluses and minuses of social media.

This is list of just my opinion.  You’re welcome to disagree with me.  I didn’t count books that were novelizations based on true crimes…I tried to stick to the straight-forward non-fiction true crime books. I also limited this to books that I have personally read – not just what others say is a good book in the genre.  The criteria is books that appealed to me or were compelling in their storytelling.  In other words, the criteria is “Blaine had to love the book.”

I will also say that my original opinions on some books have changed over time.  I reread books and sometimes they grow on me.

These are not in any particular order.  Don’t read anything into the sequence.  As a side note: I did not put any books I have written on the list.  Even my ego isn’t that big. 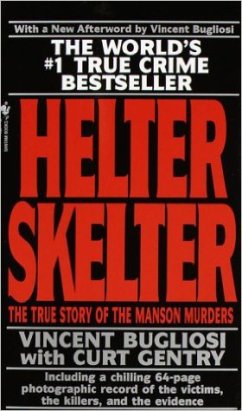 This was my first true crime book I ever consumed. I’m sure my mom will not win an award for letting her kid read this book, but regardless of that, I loved it.  It was a book that really put you in the chair of the prosecutor in going after Charles Manson.  It was a gripping and gruesome series of murders but somehow managed to hold onto me as a reader.

I also found the way they grayed out the victims in the photos to stand out.  You didn’t need to see the remains of those killed.  Not showing the victims in the images was far more powerful than showing the images.  Your imagination does the rest.  It is tasteful and cunning all at the same time.  I wish more true crime books adopted this approach. 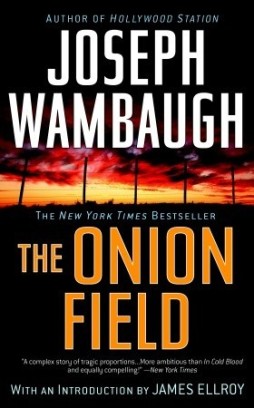 I picked up this book years ago and found it compelling.  This was not a “big crime” but Joseph Wambaugh took these killings and made me want to see them solved.  To me, what drew me in was the details that the author introduced. I learned one thing – it’s all in the details when you write true crime.

One of the biggest murder cases in US history was the assassination of President Kennedy.  I know a lot of true crime authors tend to move assassination books out of the genre.  I don’t because they are crimes.  Gerald Posner takes the stand that Lee Harvey Oswald, acting alone, killed the President.  Yeah, I get it, it’s popular to hop on the conspiracy bandwagon.  For years I was there then this book flipped my switch.  Don’t make that leap unless you have read this book (and possibly History Reclaimed).  Posner has a very tight writing prose and pulls you into a mass of data like a guide navigating rapids on a river.

Edward M. Keyes penned this book in 1976 when true crime was merely “non-fiction.” It covered a serial murder, John Norman Collins and his string of co-ed murders around Ann Arbor Michigan in 1967-1969.  Keyes changed all of the names of the participants in this case, which was its only downside.  I devoured this book in 1977 when I was in high school and it was in these pages I learned what a serial murderer was.

Even over the passage of time, this book has managed to stand the test and still is a solid read.

The Stranger Beside Me

So, you’re Ann Rule, researching a serial killer for a book, and it turns out he’s working right next to you.  If that doesn’t creep you out, nothing will.  Ted Bundy’s string of murders comes to life at the masterful hand of someone that knew him personally.  This book gave us the Godmother of True Crime Books. The pages on my copy are literally falling out…so what does that tell you?

Joe McGinniss’s book on murder of the MacDonald family by Dr. Jeffrey MacDonald has come under scrutiny over the years but still holds strong after the test of time.  This book has a it all – a cunning killer who tries to deflect the murder of his wife and two small children to a band of drug-addled killers.  McGinnis goes so far as to tell the reader that he went into the case convinced MacDonald was innocent and was even hired by MacDonald to tell the story, but comes to the conclusion that he is guilty. 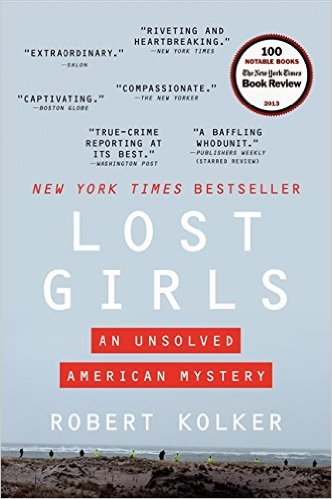 I loved this book – it did something that was wonderful – delving into the victims more than the crimes themselves.  The Long Island serial murders remain unsolved.  Robert Kolker does an outstanding job of crafting the stories of the victims, often prying open the darker side of our humanity in the process.

With 10-16 victims, it is astonishing that no one has been brought to justice.  Why?  Perhaps the shattered lives of the victims contributed – or the incompetence of local authorities.  You have to read Lost Girls or watch The Killing Season to form your own opinion.

This book has recently become my binky – a comfortable read I go back to.

We are all sucked into the Zodiac murders as an unsolved string of cases.  Graysmith does a masterful job of pulling the reader into this killer and his subsequent works have done a good job of laying out the prime suspect.  I re-read this book recently and it still holds the test of time and the movie remains a go-to film for me to have on when I am writing true crime.  I have heard people nit-pick this book apart, but for me, I still find it holds me in tight – a real page turner.

When Evil Came to Good Hart

For full disclosure, Mardi Link is a friend of mine.  We both wrote for the same publisher.  She’s a friend of mine because she is an outstanding writer. Her cold case book about the execution of a family in upstate Michigan is my go-to book when I start writing about a cold case.  The book is not long but is deeply moving to read.  All of Mardi’s books are outstanding but this one is fantastic.  The frustrations of a cold cases really resonates in this book.   When I start on a cold case book – I reread this book.

I saw the TV version of this in 1975 with George Peppard, Guilty or Innocent – the Sam Sheppard Murder Case.  The case was the basis of the film and TV show, The Fugitive.  The case made F. Lee Bailey’s career.  I picked up The Wrong Man a few years ago and I was sucked into the intricacies of this murder all over again. This was a case that had it all – a wealthy doctor, a dead wife, a bushy-haired intruder, and a railroading of justice in the Midwest.

Jim Fisher covers the crime of the century before the OJ Simpson case – the kidnapping of Charles Lindbergh’s child.  I find that this book holds the test of time, despite shots by the pundits.  There are other fantastic books out there, like Hauptman’s Ladder, but this one is my long-term favorite.  Everything from the bizarre characters that became drawn into the case to the show-trail are covered. 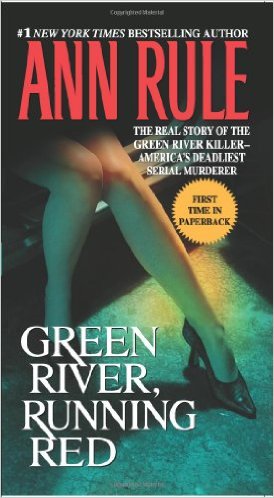 Ann Rule’s book in the Green River murders is solid. It is thick but captivating to read.  You come to appreciate how some officers refuse to give up on the victims and carry the fight on for years.  This was one of those lingering serial killer cases that was solved by good old-fashioned determined police-work. 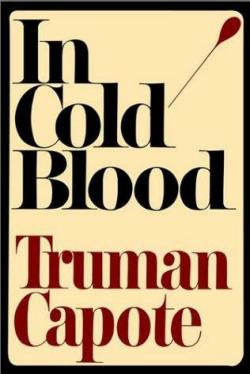 I will confess here, I didn’t read In Cold Blood until about seven years ago.  I have no idea why I hadn’t gone to this book earlier.  After all, Capote define the genre of true crime with this book.  What is masterful is that Capote really doesn’t tell the reader what happened at the farmhouse until near the end of the book.  Our imaginations fill in the gaps, making the crimes feel even more grandiose in our minds.  That – my friends – is storytelling.

We thought we knew the depth of this tragedy at Columbine High School. After the national news media let the story die down, the author doggedly stuck to it.  What is revealed is how the news agencies misrepresented some of the elements of the entire spree, and how others went out of their way to exploit it.  If you think you know about what went down at Columbine High School and haven’t read this book – well, you’re wrong.

One thought on “My listing of the best true crime books…”