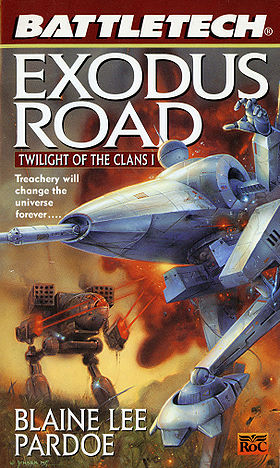 Well these came in via Facebook so I thought I’d blog the answers out, in case others were interested.

Question:  A.  What kind of prompts and story elements were you given, if any, as touchstones for the novels? Like, did someone tell you that you needed to mention this or that specific event? B.  Or were you given free reign to write what you wanted? Also, how difficult is it to keep track of the timeline and planets and people? C.  How do you manage your writing time with research and checking already published canon?

Answer:  A.  That depends.  It has changed over the years.  With Surrender Your Dreams, I was told they wanted three short stories tied to when Fortress Republic went up.  I came up with the whack-a-doodle idea of linking the stories and telling them out of sequence.

Sometimes I’m told, “We need a Civil War story,” other times, especially with the MechWarrior books it was, “do something stand alone.”  Catalyst gives me some freedom, but with a well-defined leash.  It helps that Randal and Loren and I have been doing this for decades.

I like to write stories I’d like to read.  This last project, forthcoming shortly, is a real treat. I’m doing more with character arcs than ever before, the journey of the hero.  It is really fun to do.  The plots are not as important as the characters.  The more flawed, the better.  Ever wonder why Trent was so mutilated?  There’s always reasons for stuff I put in my books.  Sometimes that reason is to just mess with the readers…

B.  You have free reign, as long as you get stuff approved. I draft a summary of the book for initial approval, then a chapter-by-chapter breakdown for final approval.  That way, I’m pretty set in writing the book (and I’ve thought through most of the details at that stage.)

C.  Keeping track of the BattleTech universe a constant challenge.  There are some covert secret documents, like for the Jihad, that show what units are where and when.  Those things are pretty scarce and rare.  Because my outlines are cleared in advance, I identify the units up-front.

I do a LOT of research and reading…thank God I’m a fan of the BattleTech universe.  It also helps to have written a lot of that source material.  For my upcoming novel, I had to reread two of my novels and a Stackpole book to get some the details fleshed out and accurate.

Question:  Did you and the other authors (pre vid conference tech/internet) ever get together in person and do a group game?

Answer:  We used to assemble once a year at GenCon for breakfast – to map out the events for the coming year and where books and products fit in.  We stopped doing that after a while.  It was fun, but we all have slightly different creative processes.

Question: Did you guys share knowledge of characters/plot points?

Answer:  Sure!  We offer tips to each other to make the books fit together too.

Question:  Have any disagreements with other writers that may have demonstrated itself via faction vs faction, character vs character as inspiration in your writing?

Answer:  Yes, we disagree.  Not in that bitter…I’m going to kick your ass…kind of way.  We just approach things different.  For example:  When we plotted the Twilight of the Clans, my original idea was a commando raid to seize a Clan warship and rip the map out of the databanks.  Mike suggested, correctly, that the Clans were smarter than that – that we should get it some other way.  Thus Trent the traitor was born.

We didn’t agree on the assault on Huntress either.  I’ve written about this before.  I worked with Bill Keith and came up with a rocking solution that got shot down.  I still think our way was much cooler, Bill did a great job with a very loose concept, but in the end, we aligned on a solution.  Alignment means we agree, but we might not be happy about it at the time.

I was less-than-enthusiastic as to how Mike Stackpole handled Trent.  It didn’t keep me up at night.  I got where he was coming from with Victor’s perspective – but Trent was never about the revenge.  That was probably the only time I felt a little grumpy about one of my characters in someone else’s novel.  I respect Mike enough that it isn’t a sore spot or anything.  You have to remember – this is not our universe.  Topps/Catalyst controls it.  We just take it out for a test drive now and then.

Question:  Who is your favorite House, Clan, Merc Unit, and Character(s)?

Clan:  Smoke Jaguars…for all of the right reasons.

Characters:  Archer Christifori appeals to me, mostly because of my age and some similarities we share.  Trent is also very important to me, because ultimately he is a man driven by pure honor.  We all face challenges every day, fight battles, where the right answer is the wrong answer.  Trent embodies that.

Question:  Who would you say was the character you least liked?

My least favorite character I wrote about was Adam Steiner.  Taking the cartoon series character and making him fit well in the novel universe was challenging.  I’m not sure I hit the mark even today.  Fitting in “Information is ammunition!” just felt awkward.

One thought on “Some questions from some BattleTech fans…”