Of all of the suspects in the Washington DC serial killings attributed to the Freeway Phantom, none stand out more than Robert Ellwood Askins.  Episode six is dedicated to him and can be accessed via iTune (search for Tantamount) or via the link below:

It was hard to find a photograph of Askins after all of these years.  We did track down a lineup photo of him:

Askins was involved with multiple murders in his life, but only convicted of one – and that one, the poisoning of Ruth McDonald, was overturned on a technicality.  He spent most of his early life locked up at St. Elizabeth’s Hospital in Washington DC.  That is important in a future episode of the podcast.

Askins died in prison, but we were able to get copies of most of his prison records via a FOIA request.  It includes his psychiatric evaluations.  I have included a few for those of you who want to dive into the nitty-gritty work of a true crime author. 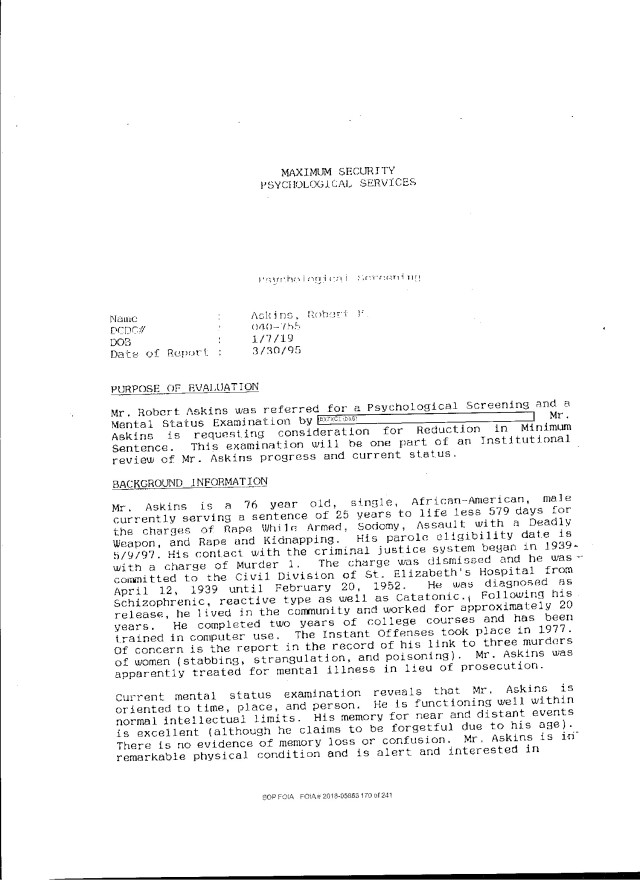 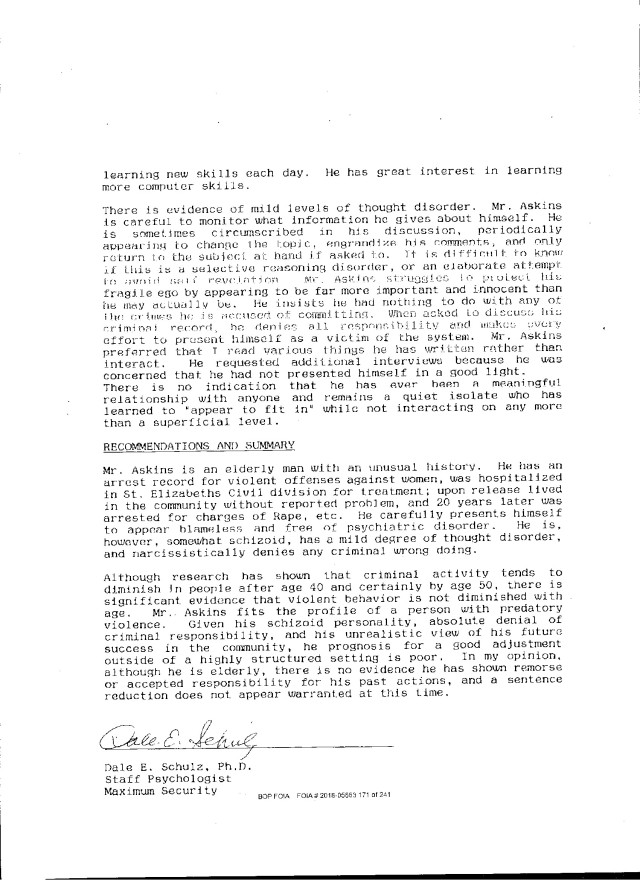 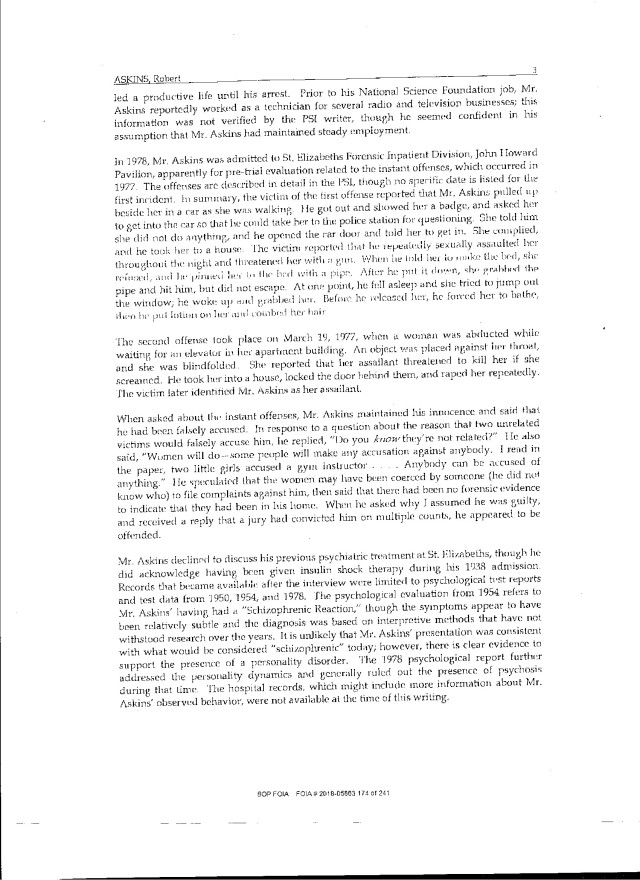