There were a few plans I did not write about.  One was the US/UK plan to invade Ireland during WWII.  I found a lot of it, but not enough to make it meaningful to historians.  Another was War Plan White.  This plan called for the use of the US military on American soil to restore order, put down civil unrest, or respond to a crisis or emergency situation.  The version I found was 1946.

There have been a lot of variations on War Plan White over the decades.  In the 1902 and 1921 striking coal workers threatened to cripple the economy.  There were early drafts, which I never found copies of, during the Anarchist Movement as well.  Likewise the US Army was employed against US citizens during the Bonus Army protests in 1932.

With this COVID-19 pandemic, I have heard cries from the uniformed about the need to deploy the Army in hard hit areas.  As Teddy Roosevelt understood when he was tempted to do so during a miner strike, “The Army doesn’t know how to dig coal.”  Likewise the military, while experts in attacking enemies or defending our country; they are not necessarily the right response to a health care crisis. It isn’t something that the Army is trained for, nor do they have expertise in this area.  That isn’t a knock on the military, but a realization that sending in the military to assist in such matters may not have the intended consequences or results.

Since I had some time on my hands, I found the US Navy’s War Plan White copy that I found at the National Archives and thought I would share it for those interested.  It provides a glimpse of the Navy’s role in such an emergency situation, for those curious about such matters.  I tried to find the Army’s copy of White but was less-than-successful.  For those of you not familiar with the US National Archives, it is often a complicated search for the proverbial needle in a haystack when you look for a specific document.

This 1946 Navy copy of White is an interesting read.  You have to understand, the military, in that post-WWII-era, operated like, well, the military.  That meant that the law, under White, would be executed according to military justice – which is significantly different than civil law. What you also see is the preoccupation to secure Washington DC.

While far from a gripping read, I thought folks might like to see a very old template of what such an effort might look like.  Besides, people have time on their hands, so a little historical reading is probably a bit of a welcome diversion.   No doubt a revised set of White plans is being updated as we speak.  Let that setttle in for a moment.

The lesson with this War Plan is simple:  Be careful what you ask for… 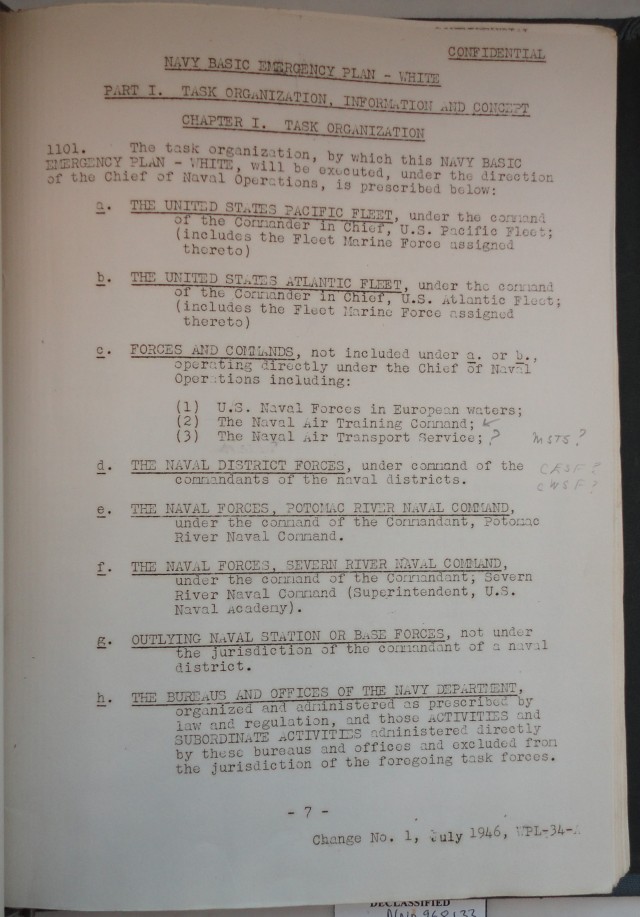 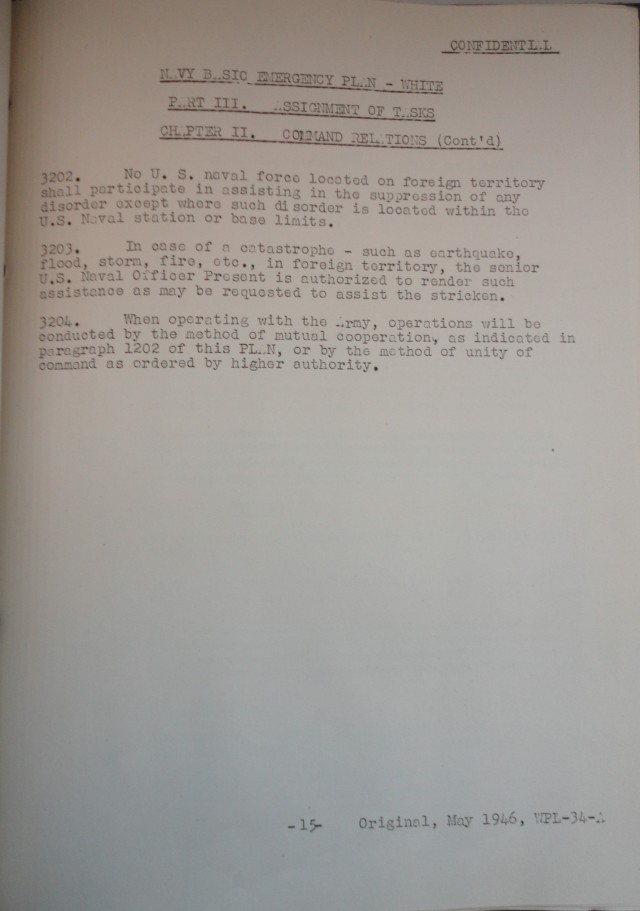 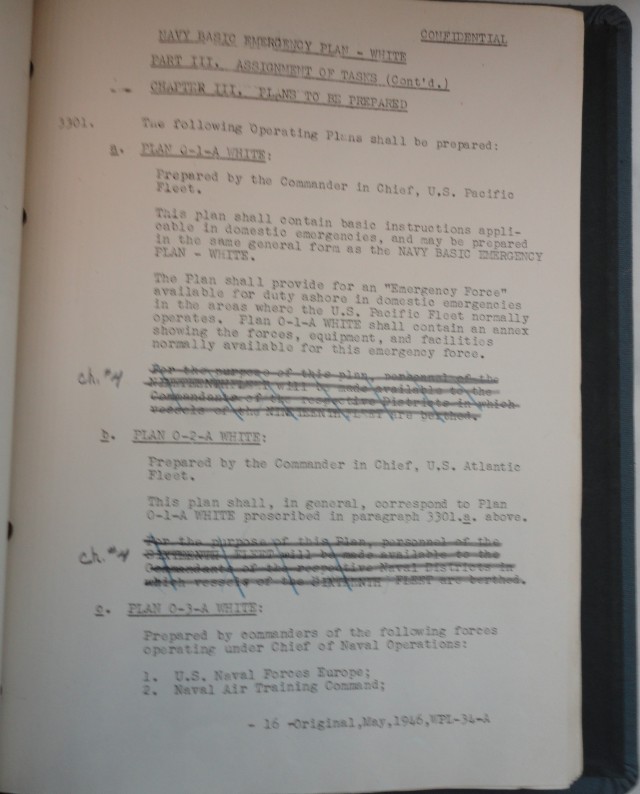 I apologize for the lousy photography.  Frankly, I’m surprised I didn’t delete these files after I decided not the use them.  Also, page 11 was blank – thus not included.