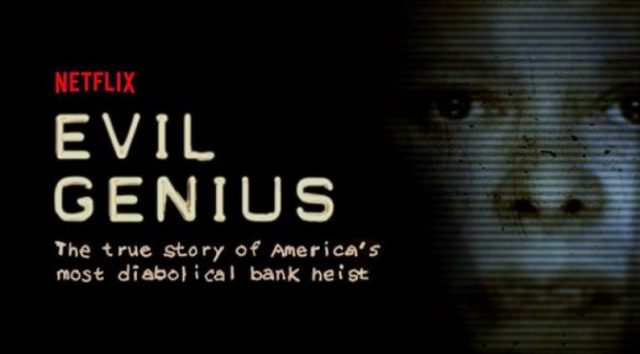 I still remember when it happened…when someone attached a collar bomb on a pizza delivery man in Erie Pennsylvania and sent him on a bank robbery. When I watched the footage of him it didn’t make sense.  His behavior was odd, not really concerned until a few moments before the bomb went off and killed him.  There was a lot of media coverage and then it died off.  It took years before someone was brought to trial on the case.  I admit, I didn’t follow it closely.  It seemed like a bizarre plot out of a bad Zach Galifianakis film. 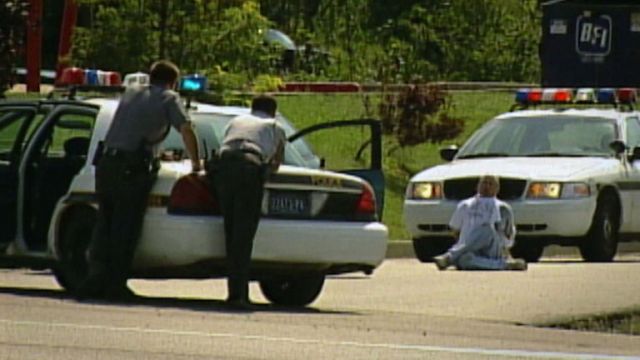 Netflix has recently aired Evil Genius – a four-part true crime series on the case.  It does what the media struggled to do, bring clarity to the strange characters and twisted plot that led to the death of pizza deliveryman Brian Wells. I went into this series hoping to learn what happened, filling that curiosity that the internet couldn’t satisfy.  This is a carefully crafted story of a group of idiots and geniuses that are intertwined with each other in a sick and deadly plot to rob a bank to fund a murder.

The producers have done a great job with each episode, almost leaving you on a cliff-hanger each time with a new tid-bit of information.  This is the kind of case that when you think you have a handle on it, there’s something new that is introduced.   Mistake were made between the local authorities and the federal agents.

To say this band of cutthroats is bizarre is putting it lightly.  You have the prostitute that lured in the victim in this plot, the man that built the bomb and turned in a co-conspirtor for killing her former boyfriend…and storing him in a freezer.  You have the child molester and fugitive.  The drug dealer.  And the queen of this macabre plot, the batshit-crazy Marjorie Diehl-Armstrong – a strange bipolar genius that makes your skin crawl. How these people came together and concocted such a strange plot is the crux of this story.  Why they devised using a collar-bomb and a scavenger hunt to rob a bank and kill a man; is all masterfully pulled together.

What is disturbing about all of this is that it oddly makes sense when you hit episode four, in a weird kind of way. You are repulsed and disgusted by what they did, but it all seems to come together.

Word is that Netflix has approved another season. I’m on board.  This is a short little series and a great binge option for your true crime summer.